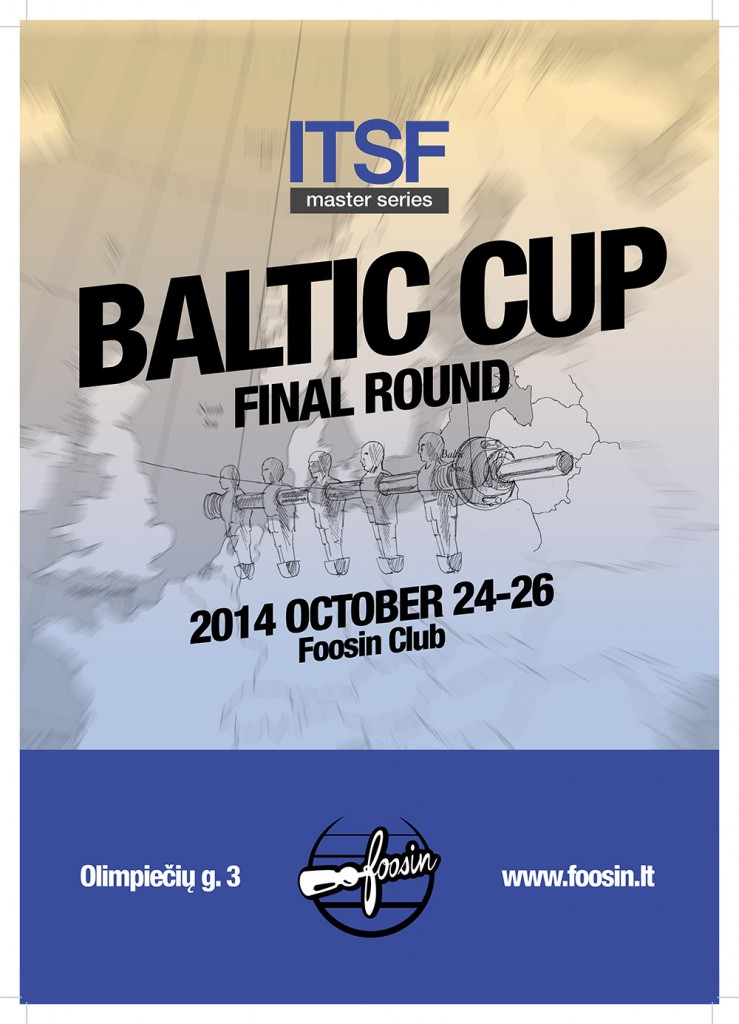 After a successful two rounds of the Baltic Cup celebrated in Riga and Helsinki the third and the final round of Baltic Cup season 2014 will be held on October 24-26 in Vilnius, Lithuania.

The main purpose of the Baltic Cup is to unite the players from different countries, so that the table soccer communities from big and small cities would come together and compete in a strong international cup.

In the final round of the tournament is very tense battle among the leading players for Grand Prix:

Of course, the Baltic cup is not only about individuals competing against each other, as every player is also accumulating points for their native country. Out of these countries Lithuania  was the most successful & gaining 442 points in the last tournament held in Helsinki and improved it’s ranking, rising from third to second place.

Come and join us for an unforgettable foos-experience!

The info package about the tournament and pre-registration can be found here.