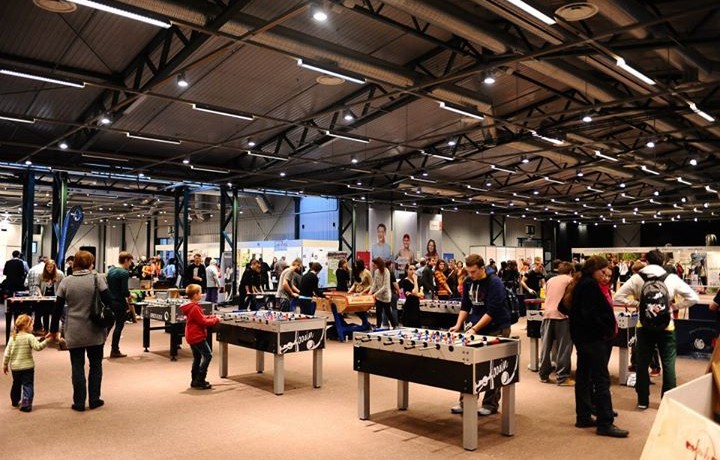 Latvian Open ITSF Tour is almost here (02.27 – 03.01). Pre-registration is open and all players are welcome!
While anticipating the Tournament, we share sports journalist Neil Bonair’s thoughts about our beloved table football. Have a pleasant reading. Table football isn’t that much different to golf

I’ve been playing it every night with my son – one of those Christmas presents which makes it past Boxing Day without being tossed into the attic. And watching England play Wales at rugby last Friday night got me thinking table football isn’t that much different to golf.

Well, I eventually came to that conclusion anyway. The first thing I thought was that rugby isn’t that much different to American football which I’d stayed up to watch the previous weekend.

They both involve throwing and catching and trying to carry a ball over a line while everyone’s knocking lumps out of each other. I’m thinking of starting a campaign to make table football an Olympic sport. They’re both played with a pieces of wood or metal you hold in your hands and use to hit a ball into a hole.

Then again, every sport is pretty much the same as another.

There must be hundreds of different ones but you can break them all down to five main categories.

So, taking this process to its natural conclusion, there must only be five true sports.

My other theory is that something is not a truly proper sport if it has more than one word in its name. “There must be hundreds of different sports, but you can break them all down to five main categories”

There are umpteen different kinds of racing – racing on a bike, in a car, on a horse, in water or on your feet.

It can’t be motor racing because that’s got two words in its name and it can’t be a real sport if you’re sitting down.

Same goes for horse racing on both counts although to a lesser degree.

And while cycling and swimming have much going for them, running is the clear winner.

Fighting is another with a plethora of varieties: boxing, wrestling, judo and the many different kinds of sports which come under the two-worded martial arts umbrella.

Boxing’s the most popular, but no amount of cool-guy trash-talking or Rocky movies can win the day against wrestling which has been around since almost prehistoric times.

Sports with a stick

“There is always hope for table football”

And while the latter requires great reflexes, speed of thought, skill and knowledge of angles it comes down to either golf or cricket.

And as cricket also involves the traditional and important sporting act of throwing it makes it into my top five.

A game you play with your hands is rugby because it’s one word whereas its nearest rival American football is two and involves the wearing of enormous helmets which rugby players appear to be able to survive without.

So the five ultimate sports are running, football, rugby, cricket and wrestling. All the rest are either somehow related or simply offshoots like futsal and baseball are of football and cricket.

That hasn’t stopped many of them gaining huge popularity – darts for instance – or even Olympic status. So there’s always hope for table football.

This article was reposted from http://www.theboltonnews.co.uk